Paramount’s Captain America, directed by Joe Johnston (October Sky, The Wolfman), is another good Marvel serial. Tied into Marvel’s other comics-based pictures, Thor and Iron Man, and culminating in an heroic picture scheduled for release next year, it is weighted down but it moves with action, excitement and solid American heroism. 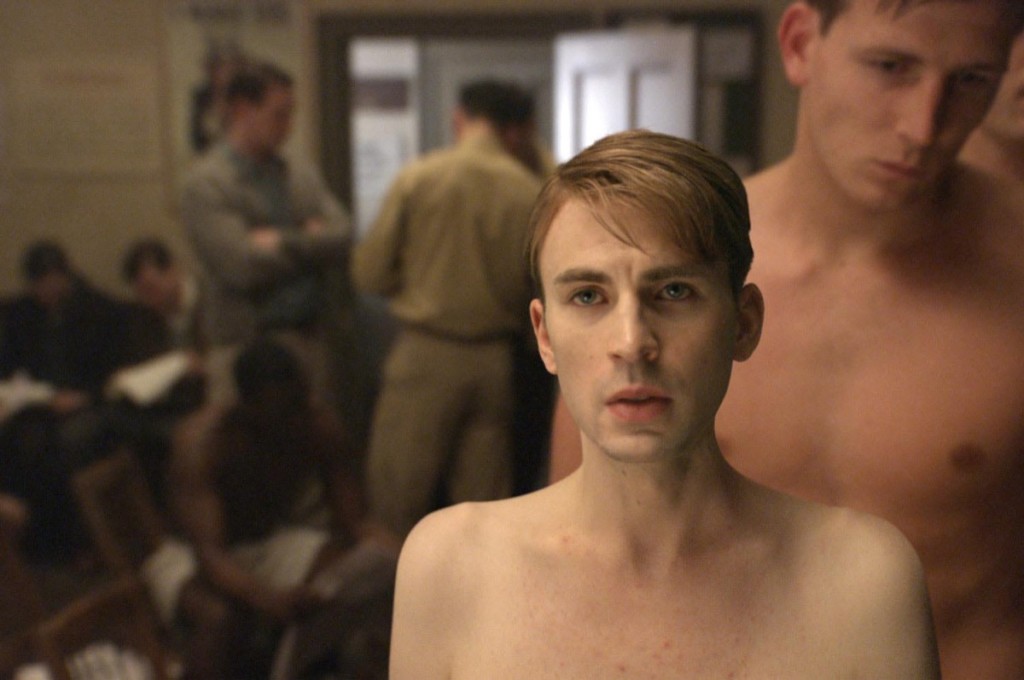 With Hugo Weaving (V for Vendetta) and Toby Jones (The Painted Veil) as Nazi villains, Tommy Lee Jones (The Company Men) for humor, Stanley Tucci (Burlesque) for pathos, and Hayley Atwell (cable TV’s The Pillars of the Earth) for romance, not to mention an international, multiracial band of war heroes evoking The Dirty Dozen and Where Eagles Dare, complete with impenetrable Nazi outposts, Captain America hardly has time for himself.

The first half is strongest, with a brisk progression and developing bond between pre-hero Steve Rogers, who yearns to fight with his best friend and fellow countrymen, and Tucci’s German scientist. Atwell’s dead aim military ace is a good match for Rogers and his alter ego, and Weaving as the Red Skull foil, trying to out-Nazi the Nazis, is convincing as he schemes to destroy the West like an Islamic terrorist with a Third Reich convertible and a big, bat-shaped bomber aimed for taking out New York City.

The 9/11 parallel is hard to miss, in the 10th year since the worst attack in American history, and Captain America has a better grasp of how to fight the enemy than Clinton, Bush and Obama combined, going into the belly of the beast to wipe them out, granting no quarter to the enemy and not trying to understand their mystical-fascist philosophy. 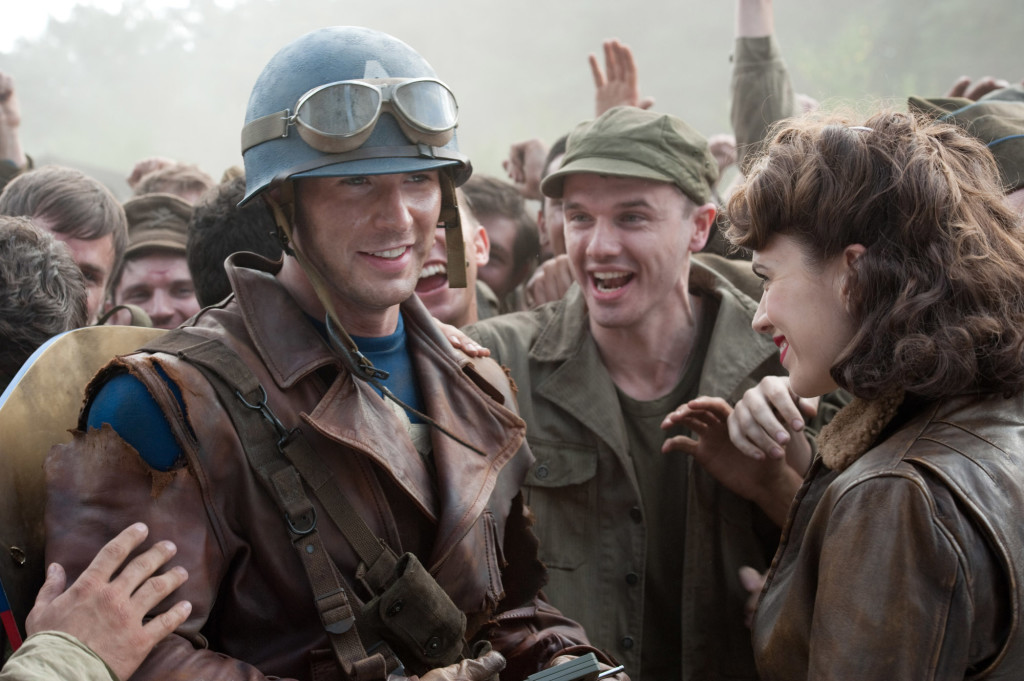 Being true to himself, he fights for his values, his freedom, and his country, with most Americans, from old women to young boys, joining in the crusade, and he does so with a spirit of steel and can-do Americanism. Liberals may feel like they want to throw up, especially because his icy British girlfriend has the same attitude, refusing to cower when faced with barbarians and instead picking up a gun and shooting to kill, not pleading to win hearts and minds. Only the State Department feels otherwise, quite otherwise, in a well-deserved dig at those longtime apologists and appeasers.

But Steve Rogers and his thoroughly self-made Captain America are no cheap cartoon characters. Contrary to anti-emotion types who think men that express emotion are inherently weak, he winces, feels the loss of those he loves, and he prefers to team with those who are different. In fact, you might say Captain America is a sensitive artist, designing his own uniform and sketching a figure on a drawing pad, even performing in musicals. He thinks his way to victory at every turn. But he is resolute in leading those General Patton, who is quoted in Captain America, called “the best minds in the free world.” He may not always get what he wants, and he may not save every comrade in arms, but he’s proud to be an American (in one scene, even an arrogant American), and he thinks and fights like he means it. Stick around for the closing credits, for once not a stream of toilet jokes, if you do, too.