Maoist in the White House 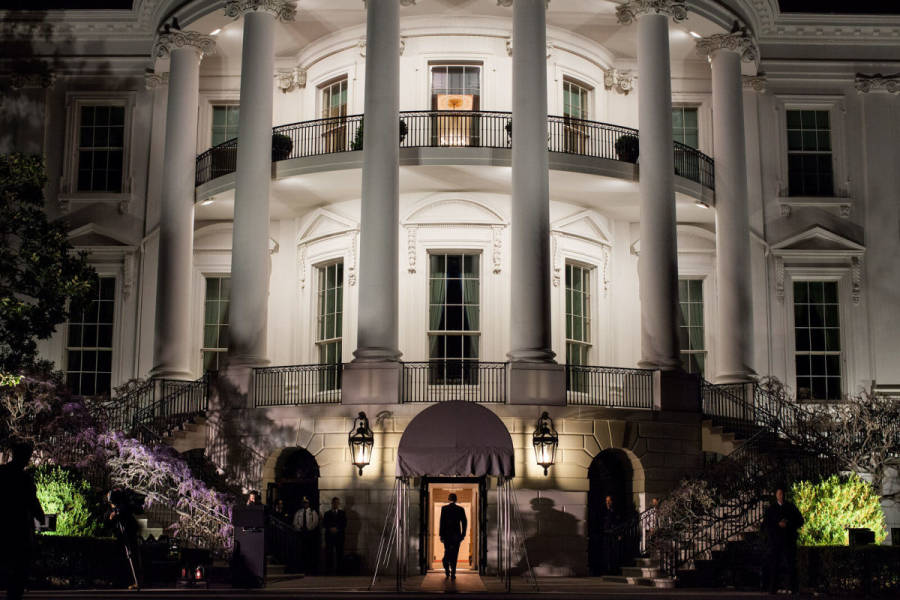 Anita Dunn, is described by the online encyclopedia Wikipedia as “one of the major decision makers of the Obama campaign” and as one of Obama’s “four top advisers (along with David Axelrod, David Plouffe, and Robert Gibbs).” She currently holds the position of “White House Communications Director.” She is married to the President’s personal lawyer, […]

Anita Dunn, is described by the online encyclopedia Wikipedia as “one of the major decision makers of the Obama campaign” and as one of Obama’s “four top advisers (along with David Axelrod, David Plouffe, and Robert Gibbs).” She currently holds the position of “White House Communications Director.” She is married to the President’s personal lawyer, Robert Bauer. In 2008, Newsweek named Dunn and Bauer the new “power couple” in Washington, D.C.

This last June, at a high-school commencement exercise, Dunn had this to say:

the third lesson and tip actually comes from two of my favorite political philosophers Mao Tse-tung and Mother Teresa, not often coupled with each other, but the two people that I turn to most to basically deliver a simple point which is you’re going to make choices, you’re going to challenge, you’re going to say why not…. In 1947, when Mao Tse-tung was being challenged within his own party on his plan to basically take China over, Chiang Kai-Shek and the nationalist Chinese held the cities, they had the army, they had the air force, they had everything on their side and people said, “How can you win, how can you do this, how can you do this, how can you do this against all of the odds against you?” And Mao Tze Tung said, “You fight your war and I’ll fight mine.” [Dunn’s remarks appear in this online video.]

Back in late 2002, on the occasion of retiring Senator’s Strom Thurmond’s 100th birthday, Trent Lott, then the Majority Leader of the US Senate, said,

I want to say this about my state: When Strom Thurmond ran for president, we voted for him. We’re proud of it. And if the rest of the country had followed our lead, we wouldn’t have had all these problems over all these years, either.

Because Thurmond had campaigned in 1948 on a platform advocating racial segregation and Lott’s statement was—correctly—taken as an implicit endorsement of segregation, the result of his statement was an outcry from the media, various public figures, and other Senators, of such dimensions that he was soon forced to resign as Senate Majority Leader.

This was despite his protestation and apology that

A poor choice of words conveyed to some the impression that I embraced the discarded policies of the past. Nothing could be further from the truth, and I apologize to anyone who was offended by my statement.

Thurmond had subsequently abandoned his segregationist position and, consistent with this, Lott said, “My comments were not an endorsement of his positions of over 50 years ago, but of the man and his life.”

Nevertheless, perhaps there simply was no valid explanation or justification for Lott’s comment, and his resignation, therefore, was appropriate. But at least Lott was greatly embarrassed by what he had said and did offer a public apology of some kind.

My question is, Where is the outcry against Anita Dunn? Her remarks were not limited to a casual comment that had vicious implications. Rather they constituted a prolonged, blatantly explicit, and far more fundamental endorsement of an incalculably worse person and program than did those of Trent Lott. She has dared to say that one of her “favorite political philosophers” is one of the greatest mass murderers in the history of the world, a man whose takeover of China was responsible for as many as 70 million deaths during his reign. She has dared to present the words of this monster as a source of inspiration to youth!

“In the days when the Führer was being challenged even within his own party on his plan to exterminate the Jews of Europe, the Jews and their allies controlled many major businesses, they controlled many major banks, they owned many major newspapers and magazines. They were protected by the rule of law, by trial by jury, and by laws against robbery, kidnapping, and murder. They had everything on their side and people said to Hitler, ‘How can you win, how can you do this, how can you do this against all of the odds against you?’ And Hitler said, ‘You fight your war and do your destruction and I’ll fight mine and do my destruction.'”

If the United States had an honest press and media, one committed to the principle of individual rights, their outrage would drive Anita Dunn out of Washington, D.C., just by hurling her words back at her. They would make her such a “hot potato” that no one would dare to defend her in her infamy.