In Washington's "compassionate" war, we give the enemy every advantage--and then compel our soldiers to fight with their hands tied . . . ever tighter. 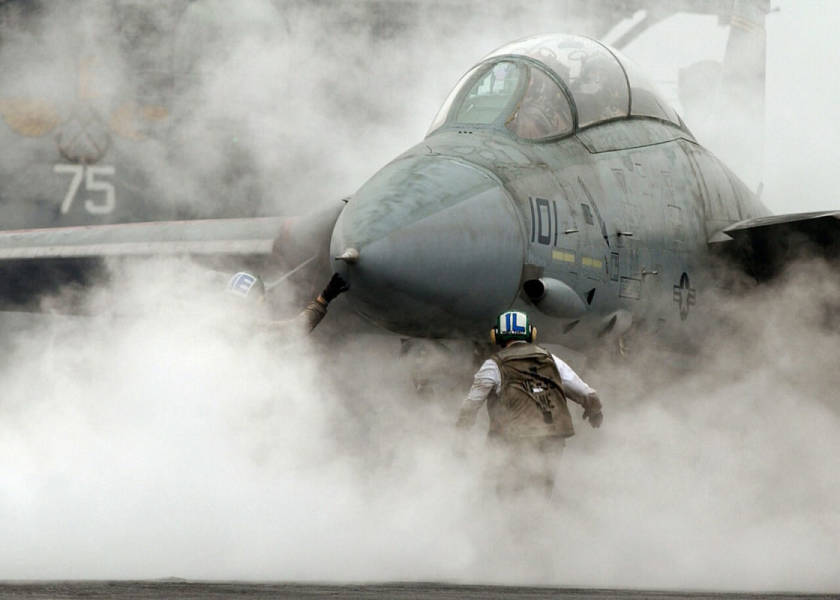 Watching video of the Twin Towers imploding, we all felt horror and outrage. We expected our government to fight back–to protect us from the enemy that attacked us on 9/11. We knew it must, and could, be done. Fighting all-out after Pearl Harbor, we had defeated the colossal naval and air forces of Japan. But eight years later–twice as long as it took to smash Japanese imperialism–what has Washington’s military response to 9/11 achieved?

The enemy that struck us–properly identified not as “terrorism” but rather the jihadist movement seeking to impose Islamic law worldwide–is not merely undefeated, but resurgent.

Islamist factions in Pakistan fight to conquer that country and seize its nuclear weapons. The movement’s inspiration and standard-bearer, the Islamic Republic of Iran, remains the leading sponsor of terrorism, and may soon acquire its own nuclear weapons.

Then there’s the Afghanistan debacle. Eight years ago, practically everyone agreed we must (and could) eliminate the Taliban and its jihadist allies–a primitively equipped force thousands of times less powerful than Imperial Japan. Now that goal seems unreachable.

Today swaggering holy warriors control large areas of the country. They summarily execute anyone deemed un-Islamic, and operate a shadow government with its own religious law courts and “virtue” enforcers. Last year the CIA warned that virtually every major terrorist threat the agency was aware of threaded back to the tribal areas near the Taliban-infested Afghan-Pakistan border.

Why have we been so unsuccessful?

No, the problem is not a shortage of troops, nor is the remedy another Iraq-like “surge.” That sham, appeasing solution entails not quelling the insurgency, but paying tens of thousands of dollars to insurgents not to fight us, for as long as the money flows. And it means leaving Iraq in the hands of leaders far more committed to jihadists than Hussein. No, the crucial problem is the inverted war policy governing U.S. forces on the battlefield.

Defeating the Islamist threat demanded that we fight to crush the jihadists. Victory demanded we recognize the unwelcome necessity of civilian casualties and place blame for them at the hands of the aggressor (as we were more willing to do in World War II). Victory demanded allowing our unmatched military to do its job–without qualification. Instead, our leaders waged a “compassionate” war.

Many Islamists survived, regrouped and staged a fierce comeback.

The no-strike lists lengthened. So, necessary bombing raids are now often canceled, sacrificing the opportunity to kill Islamist fighters. Jihadists exploit this to their advantage. Lt. Gen. Gary L. North tried to justify the policy to a reporter: “Eventually, we will get to the point where we can achieve–within the constraints of which we operate, which by the way the enemy does not operate under–and we will get them.”

In Washington’s “compassionate” war, we give the enemy every advantage–and then compel our soldiers to fight with their hands tied . . . ever tighter.

Naturally, U.S. deaths have soared. More Americans died in the first eight months of this year (182) than in all of last year–the bloodiest year of the war, up till now.

If Afghanistan now seems unwinnable, blame Bush and Obama. Bush crusaded not to destroy the Taliban but to bring Afghans elections and reconstruction. Obama’s “new” tack is to insist we spend billions more on nation-building and bend over backwards to safeguard the local population. Both take for granted the allegedly moral imperative of putting the lives and welfare of Afghans first–ahead of defeating the enemy to protect Americans.

This imperative lies behind Washington’s self-crippled war–a war which could have worked to deter other jihadists and their state-sponsors, but instead encourages them to attempt further attacks.

How many more Americans must die before we challenge this conception of a proper war?

Copyright 2009 Ayn Rand Institute. All rights reserved. That the Ayn Rand Institute (ARI) has granted permission to Capitalism Magazine to republish this article, does not mean ARI necessarily endorses or agrees with the other content on this website.