The Housing Bubble and the Credit Crunch 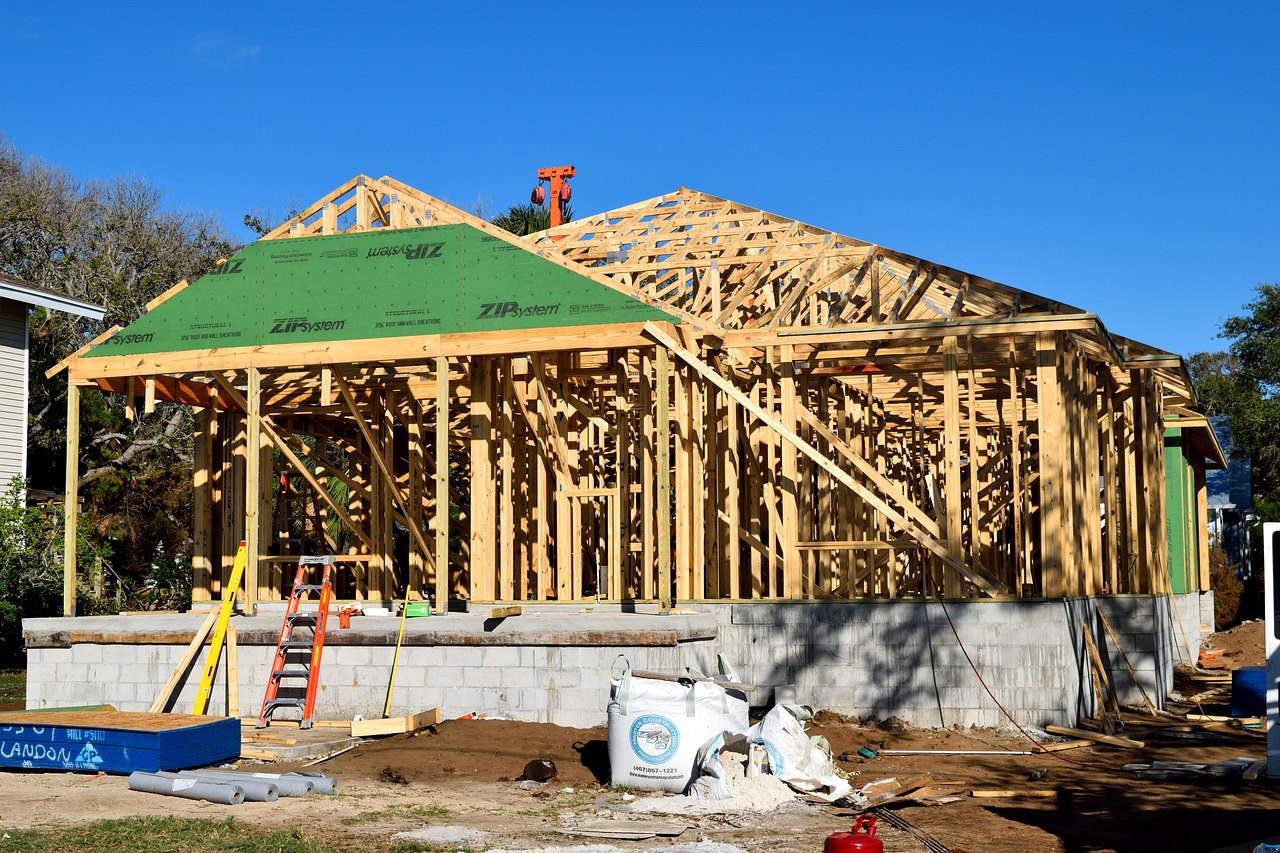 The turmoil in the credit markets now emanating from the collapse of the housing bubble can be understood in the light of the theory of the business cycle developed by Ludwig von Mises and F.A. Hayek.

The turmoil in the credit markets now emanating from the collapse of the housing bubble can be understood in the light of the theory of the business cycle developed by Ludwig von Mises and F.A. Hayek. These authors showed that credit expansion distorts the pattern of spending and capital investment in the economic system. This in turn leads to the large scale loss of capital and thereby sets the stage for a subsequent credit contraction, which is precisely what is beginning to happen now. (For the benefit of readers unfamiliar with the expression, credit expansion is the creation of new and additional money by the banking system and its lending out at artificially low interest rates and/or to borrowers of low credit worthiness.)

The genesis of the present problem goes back to the bursting of the stock-market bubble in the early years of this decade. In an effort to avoid its deflationary consequences, the bursting of the stock market bubble was followed by successive Federal Reserve cuts in interest rates, all the way down to little more than 1 percent by the end of 2003.

These cuts in interest rates were accomplished by means of repeated injections of new and additional bank reserves. The essential interest rate in question was the so-called Federal Funds rate. This is the interest rate that the banks that are members of the Federal Reserve System charge or pay in the lending and borrowing of the monetary reserves that they are obliged to hold against their outstanding checking deposits.

So long as the new and additional money kept pouring into the housing market at an accelerating rate, home prices rose and most people seemed to prosper.

But starting in 2004, and continuing all through 2005 and the first half of 2006, in fear of the inflationary consequences of its policy, the Federal Reserve began gradually to raise interest rates. It did so in order to be able to reduce its creation of new and additional reserves for the banking system.

This drop in the demand for and price of houses has now revealed a mass of mortgage debt that is unpayable. It has also revealed a corresponding mass of malinvested, wasted, capital: the capital used to make the unpayable mortgage loans.

The loss of this vast amount of capital serves to undermine the rest of the economic system.

The banks and other lenders who have made these loans are now unable to continue their lending operations on the previous scale, and in some cases, on any scale whatever. To the extent that they are not repaid by their borrowers, they lack funds with which to make or renew loans themselves. To continue in operation, not only can they no longer lend to the same extent as before, but in many cases they themselves need to borrow, in order to meet financial commitments made previously and now coming due.

Thus, what is present is both a reduction in the supply of loanable funds and an increase in the demand for loanable funds, a situation that is aptly described by the expression “credit crunch.”

The phenomenon of the credit crunch is reinforced by the fact that credit expansion, just like any other increase in the quantity of money, serves to raise wage rates and the prices of raw materials. It thereby reduces the buying power of any given amount of capital funds. This too leads to the outcome of a credit crunch as soon as the spigot of new and additional credit expansion is turned off. This is because firms now need more funds than anticipated to complete their projects and thus must borrow more and/or lend less in order to secure those funds. (This, incidentally, is the present situation in the construction of power plants and other infrastructure, where costs have risen dramatically in the last few years, with the result that correspondingly larger sums of capital are now required to carry out the same projects.) In addition, the decline in the stock and bond markets that results after the prop of credit expansion is withdrawn signifies a reduction in the assets available to fund business activities and thus serves to intensify the credit crunch.

In the aftermath of credit expansion, today no less than in the past, the economic system is primed for a veritable implosion of credit, money, and spending. The mass of capital funds put into the economic system by credit expansion quickly begins evaporating (the hedge funds of Bear Stearns are an excellent recent example), with the potential to wipe out further vast amounts of capital funds.

As the consequence of a credit crunch, there are firms with liabilities coming due that are simply unable to meet them. They cannot renew the loans they have taken out nor replace them. These firms become insolvent and go bankrupt. Attempts to avoid the plight of such firms can easily precipitate a process of financial contraction and deflation.

This is because the specter of being unable to repay debt brings about a rise in the demand for money for holding. Firms need to raise cash in order to have the funds available to repay debts coming due. They can no longer count on easily and profitably obtaining these funds through borrowing, as they could under credit expansion, or, indeed, obtaining them at all through borrowing. Nor can they readily and profitably obtain funds by liquidating the securities or other assets that they hold. Thus, in addition to whatever funds they may still be able to raise in such ways, they must attempt to accumulate funds by reducing their expenditures out of their receipts. This reduction in expenditures, however, serves to reduce sales revenues and profits in the economic system and thus further reduces the ability to repay debt.

To the extent that anywhere along the line, the process of bankruptcies results in bank failures, the quantity of money in the economic system is actually reduced, for the checking deposits of failed banks lose the character of money and assume that of junk bonds, which no one will accept in payment for goods or services.

Declines in the quantity of money, and in the spending that depends on the part of the money supply that has been lost, results in more bankruptcies and bank failures, and still more declines in the quantity of money, as well as in further increases in the demand for money for holding. Such was the record of The Great Depression of 1929-1933. Given the unlimited powers of money creation that the Federal Reserve has today, it is doubtful that any significant actual deflation of the money supply will take place. The same is true of financial contraction caused by an increase in the demand for money for holding. In confirmation of this, The New York Times reports, in an online article dated August 11, 2007, that “The Federal Reserve, trying to calm turmoil on Wall Street, announced today that it will pump as much money as needed into the financial system to help overcome the ill effects of a spreading credit crunch. The Fed pushed $38 billion in temporary reserves into the system this morning, on top of a similar move [$24 billion] the day before.” In addition, the print edition of The Times, dated a day earlier, reported in its lead front-page story that “the European Central Bank in Frankfurt lent more than $130 billion overnight at a rate of 4 percent to tamp down a surge in the rates banks charge each other for very short-term loans.”

Thus the likely outcome will be a future surge in spending and in prices of all kinds based on an expansion of the money supply of sufficient magnitude to overcome even the very powerful impetus to contraction and deflation that has come about as the result of the bursting of the housing bubble.

Another outcome will almost certainly be the enactment of still more laws and regulations concerning financial activity. Oblivious to the essential role of credit expansion and of the government’s role in the existence of credit expansion, the politicians and the media are already attempting to blame the present debacle on whatever aspects of economic and financial activity still remain free of the government’s control.

It probably is the case that at this point the only thing that can prevent the emergence of a full-blown major depression is the creation of yet still more money. But that new and additional money does not necessarily have to be in the form of paper and checkbook money. An alternative would be to declare gold and silver coin and bullion legal tender for the payment of debts denominated in paper dollars. There is no limit to the amount of debt-paying power in terms of paper dollars that gold and silver can have. It depends only on the number of dollars per ounce.

To be sure, this is an extremely radical suggestion, but something along these lines will someday be necessary if the world is ever to get off the paper-money merry-go-round of the unending ups and downs of boom and bust, accompanied since 1933 by the continuing loss of the buying power of money.