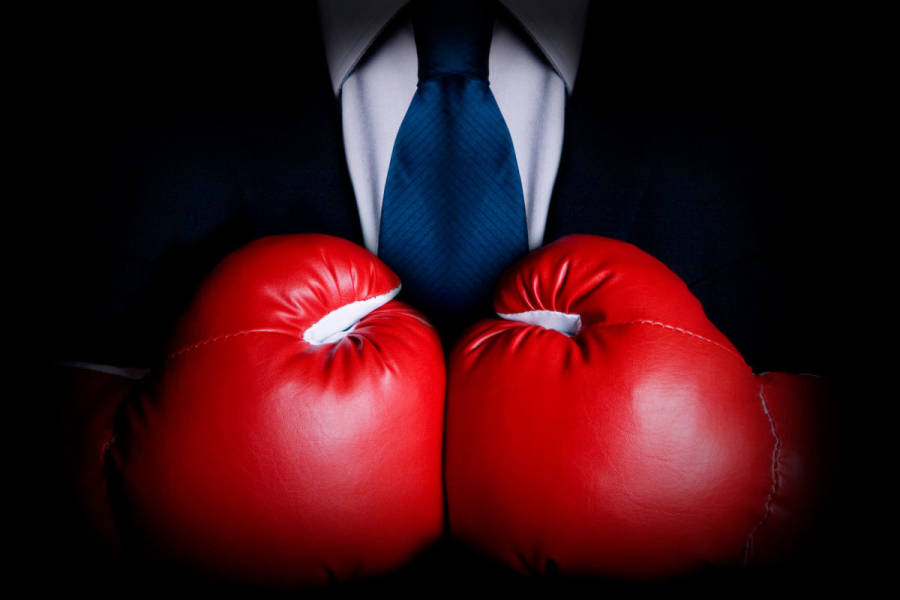 It is a minority of "activist" shareholders--together with anti-business politicians--who are shrieking about "outrageous" CEO pay packages.

The House of Representatives recently passed the “say on pay” bill proposed by Congressman Barney Frank. The bill forces all corporations to allow shareholders a non-binding vote on CEO compensation. The idea is to shame directors into lowering CEO pay, which the bill’s supporters claim is out of control.

Although the bill is touted as a means of protecting the interests of shareholders, what it actually represents is a usurpation of corporate control. It is therefore a violation of shareholders’ rights.

Those clamoring for this bill insist that legislation is necessary to give shareholders a “say on pay.” But shareholders already have a say on pay–i.e., a means of exercising control over corporate governance. If a shareholder is upset about CEO pay or any other management issue, he has three legitimate, free market options: 1. “Vote with his dollars” by selling his shares; 2. Accumulate a controlling interest in the company (typically 51%) and impose a new board of directors; 3. Persuade a majority of shareholders to replace the board with people sympathetic to their concerns.

If enough shareholders really wanted a vote on CEO pay, they could demand a change to their company’s by-laws. But very few companies have adopted such changes, suggesting that most shareholders are not actually interested in this control. After all, one of the great benefits of the corporate structure is a clear division of labor: shareholders invest capital, but leave the business management to an elected board and its chosen executives. Rational shareholders do not want to micromanage public companies by participating in such decisions as setting CEO pay.

It is a minority of “activist” shareholders–together with anti-business politicians–who are shrieking about “outrageous” CEO pay packages. And it is highly revealing that, instead of pursuing one of the above methods that respects everyone’s freedom, they are agitating for legislation–seeking to wield the power of government to force their views of corporate governance and CEO pay on the majority of shareholders.

What motivates these activists is not the wellbeing–i.e., the wealth–of fellow shareholders, but an anti-profit, anti-capitalist social agenda. It is they who call for corporate “social responsibility”–the idea that executives and shareholders should sacrifice money-making for the sake of sundry “stakeholders.” This is incompatible with the purpose of business and with the responsibility of corporate leaders to maximize shareholder wealth.

Indeed, if these activists were truly concerned with the shareholder and the quality of boards of directors and CEOs that he can hire, they would be advocating for less government regulation not more. Regulations today prevent market forces from fully operating in corporate America.

For instance, the Williams Act restricts stock accumulation, and other regulations place strict constraints on board membership and hostile takeovers, all of which make ousting incompetent management more difficult. Sarbanes-Oxley, that incredible perversion of justice, has cost innocent businessmen billions of dollars in the name of fighting the misdeeds committed by others. This has made running an honest business more precarious and less enjoyable.

Anyone truly concerned about shareholders–and about the health of corporate America–should be campaigning for the repeal of these regulations.

But far from fighting government controls, shareholder “activists” fight to hand control over American corporations to government–or to organizations controlled indirectly by politicians, such as public pension plans. Indeed, this is already beginning, prompting many businesses to flee to the relative safety of private ownership–i.e., being owned and run by professionals–so that they can continue to maximize their wealth.

With this ever-increasing web of regulations, does anyone really believe that the government will stop at non-binding shareholder votes, that the next step won’t be the imposition of binding votes and, longer-term, government limits on CEO pay? Congressman Frank doesn’t. Frank–who has supported outright caps on CEO pay–has threatened that if “say on pay” does not sufficiently reduce CEO compensation relative to that of other employees, “then we will do something more.”

Don’t be fooled by those who say they just want to give shareholders a say. The real issue is who has the right to decide how a business is run: its owners or “activists” who have seized the power of governmental coercion?