There is only one solution to the "North Korea problem": the United States and its allies must abandon the suicidal policy of appeasement. 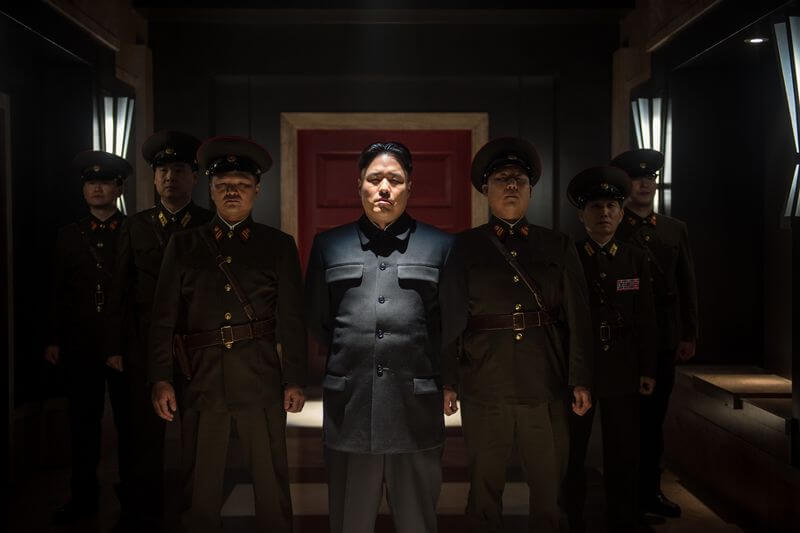 When North Korea detonated a nuclear bomb in October, it erased all doubts about the threat it poses to not only South Korea and Japan, but also to the United States. To end this nuclear stand-off without bloodshed, many people are urging that we pursue negotiations with North Korea and engage in diplomacy. Pitched as levelheaded and practical, this approach would culminate in a supposedly win-win deal: the North promises to halt its nuclear program in exchange for a combination of economic and diplomatic concessions from the West.

But such a deal, like all previous ones, would reward the North for its aggression and strengthen it into a worse menace. North Korea has become a significant threat precisely because we have appeased it for years with boatloads of oil, food and money.

Some twenty years ago, North Korea’s nuclear ambitions became glaringly obvious. Ignoring this, the West pretended that this hostile dictatorship would honor a treaty banning nuclear weapons. To get its signature took years of Western groveling and concessions. The North’s promises to halt its nuclear program were predictably hollow. By 1993, after preventing required inspections of its nuclear facilities, Pyongyang announced its intention to withdraw from the treaty. Our response?

More “diplomacy”–in the form of the “Agreed Framework,” brokered in 1994. For agreeing to freeze its nuclear program, North Korea was offered two light-water nuclear reactors (putatively for generating electricity) and, until the reactors were operational, 500,000 metric tons of oil annually (nearly half its annual energy consumption).The United States, along with Japan and South Korea, paid for these lavish gifts. During these years of apparent tranquility, our handouts and assurances of security buoyed North Korea as it furtively completed two reactors capable of yielding weapons-grade fuel. By 2003–when the North actually did withdraw from the nuclear treaty–it was clear that Pyongyang had continued secretly to develop weapons-capable nuclear technology.

The pattern of America’s suicidal diplomacy is clear: the North threatens us, we respond with negotiations, gifts and concessions, and it emerges with even greater belligerence. Witness, in the current talks, North Korea’s threat to increase its nuclear arsenal unless its latest set of extravagant demands is satisfied.

Without economic aid, technical assistance and protracted negotiations affording it time, it is unlikely that the North–continually on the brink of economic collapse–could have survived. It is also unlikely that it could have built the fourth-largest army in the world. The North is believed to have sold long-range ballistic missiles to Iran, Yemen, Pakistan and Syria. By some estimates, North Korea already has the material to create eight nuclear bombs. As it doubtless will continue engaging in clandestine nuclear development, the North may soon be selling nuclear weapons.

What made this cycle of appeasement possible–and why do our political and intellectual leaders insist that further “diplomacy” will work? Because they reject moral judgment and cling to the fiction that North Korea shares the basic goal of prosperity and peace. This fantasy underlies the notion that the right mix of economic aid and military concessions can persuade North Korea to give up its nuclear program. It evades the fact that the North is a militant dictatorship that acquires and maintains its power by force, looting the wealth of its enslaved citizens and threatening to do the same to its neighbors. This abstract fact, the advocates of diplomacy believe, is dispensable; if we ignore it, then it ceases to exist.

Notice how, in preparing the way for renewed talks, the Bush administration has ceased describing North Korea as part of an “axis of evil”–as if this could alter its moral stature.

What the advocates of diplomacy believe, in effect, is that pouring gasoline onto an inferno will extinguish the fire–so long as we all agree that it will. Thus: if we agree that North Korea is not a hostile parasite, then it isn’t; if we pretend that this dictatorship would rather feed its people than amass weapons, then it would; if we shower it with loot, it will stop threatening us. But the facts of North Korea’s character and long-range goals, like all facts, are impervious to anyone’s wishful thinking. Years of rewarding a petty dictatorship for its belligerent actions did not disarm it, but helped it become a significant threat to America.

There is only one solution to the “North Korea problem”: the United States and its allies must abandon the suicidal policy of appeasement.