America: Open Up That Golden Gate

Open, unrestricted immigration (with appropriate medical and criminal screenings as done on Ellis Island in the late 19th Century) poses no threat to the U.S. Rather, open immigration is the means for renewing the American sense of life and injecting “new blood” into the nation. People who come here, come here for the freedom; thus, […]

Open, unrestricted immigration (with appropriate medical and criminal screenings as done on Ellis Island in the late 19th Century) poses no threat to the U.S. Rather, open immigration is the means for renewing the American sense of life and injecting “new blood” into the nation. People who come here, come here for the freedom; thus, they usually wind up being more patriotic and harder working than many of those who were born here.

An example and an inspiration for all Americans.

For those fearing immigrants come here for the welfare loot, please consider the following:

LPRs [Legal Permanent Residents] entering after Aug. 22, 1996 are not eligible for food stamps or SSI [Social Security]. However, they can apply for Medicaid and TANF [Temporary Aid to Needy Families] benefits five years after entering the country legally … [emphasis added] (Sources: Richardson and Wassem 2002, National Conference of State Legislators).

Those entering the country illegally, of course, have not even that recourse. Consider, too, how few immigrants actually wind up pursuing the welfare loot:

Far less than the national average among Americans born here.

For those who fear that a spike in the population would crowd the nation, please consider the following figures and facts: 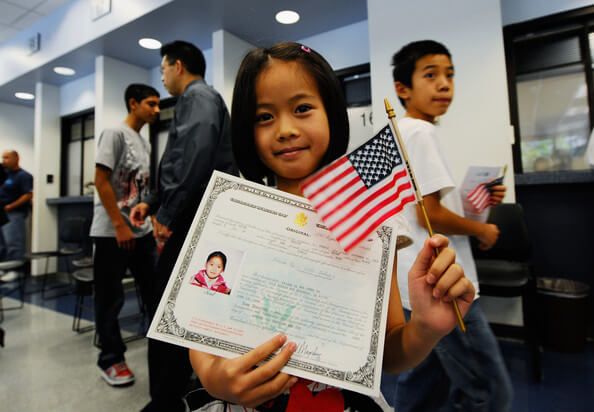 Aside from the numbers cited above, conservative intellectual, Thomas Sowell, in his scholarly and well researched book, Ethnic America: A History, deals in detail about the historical facts of immigrant acculturation, the summation of which is that, no matter the nationality or ethnic group, by the second generation the children of immigrants have completely acculturated themselves to American society.  That is the legacy—and the reality—of the American melting pot.

With regard to “national security” and loyalty to the United States, Americans should recall that many Mexicans who fought along side the “Texicans” to free themselves from the despotic, Santa Anna led Mexican government later, as new American immigrants, fought for the United States in the Mexican War. As did immigrants from Latin America & the Caribbean who fought for America in the Spanish-American War and later, as American citizens, fought in WWII (recall the 65th Infantry—the Borinqueneers (below)—for example?). 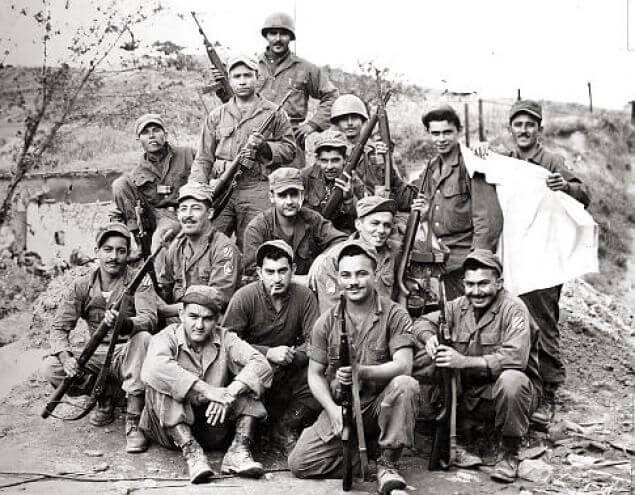 Then there were the German and Japanese immigrants who defended America during WWI and II (recall the Fighting 442nd (below), for example? The most decorated American combat unit ever—achieving that distinction while their wives, fathers, mothers, sisters, brothers, grandparents, sweethearts and friends languished in FDR’s prison camps.)

Russians, Koreans, Filipinos, Vietnamese, Cubans, Africans, Indians—the list goes on—who, having immigrated to the States, risked their lives for America during the Cold War; Chinese immigrants who today help protect America from the threat posed by Red China; and, finally, Arabs who now work in the Pentagon and in the intelligence services to defend the nation against the threat of attacks from Mideast nations and their terrorist proxy.

The plain truth is that immigrants, seeking freedom from their own country by coming to ours, have never supported the “annexing” of parts of America to the nation from which they just fled. Indeed, as history reveals, time and time again, America’s immigrants have fiercely fought for this land of their new found freedom.

Immigrants are and have always been the engine of renewal for America—the first, in many, many cases, to enrich her by creating new wealth; the first to happily bless her for the freedom they found here; the first to stand up in the classroom and on the battlefield to defend her; and, except in rare cases, the last to blaspheme or betray her.

Efforts by the descendents of immigrants—both Democrat & Republican—to make “illegals” out of those who, seeking freedom, come here to live and to work is reprehensible, xenophobic and just plain stupid. Our leaders and most Americans should be reminded from time-to-time that we are not only a nation of immigrants, but also a nation that has historically had open immigration (up until the first third of the 20th Century) and that has benefited more than any other nation in history from that open immigration policy, as our prosperity demonstrates and as the following (very short) list of American immigrants proves:

None of this touches upon the most important fact of all: Immigrants possess the same inalienable rights of life, liberty and the pursuit of happiness as do all Americans, including those Americans who offer them jobs.  America is not a club, with the State its spokesman.  America is the land of individualism, liberty and of property rights—not some Marxist collective of communal  lands overseen by a socialist, public tyranny that is driven by NIMBY arrogance and lynch mob paranoia.

Open immigration will do America a great deal of good. Becoming xenophobic, though, will not, either economically or in terms of security. Indeed, if history is any guide, it will do a whole lot of harm.

My thanks to Dr. Harry Binswanger, Ph.D. for providing me the data sources on his HBL. However, Dr. Binswanger has not read and is not responsible for the contents of this article.