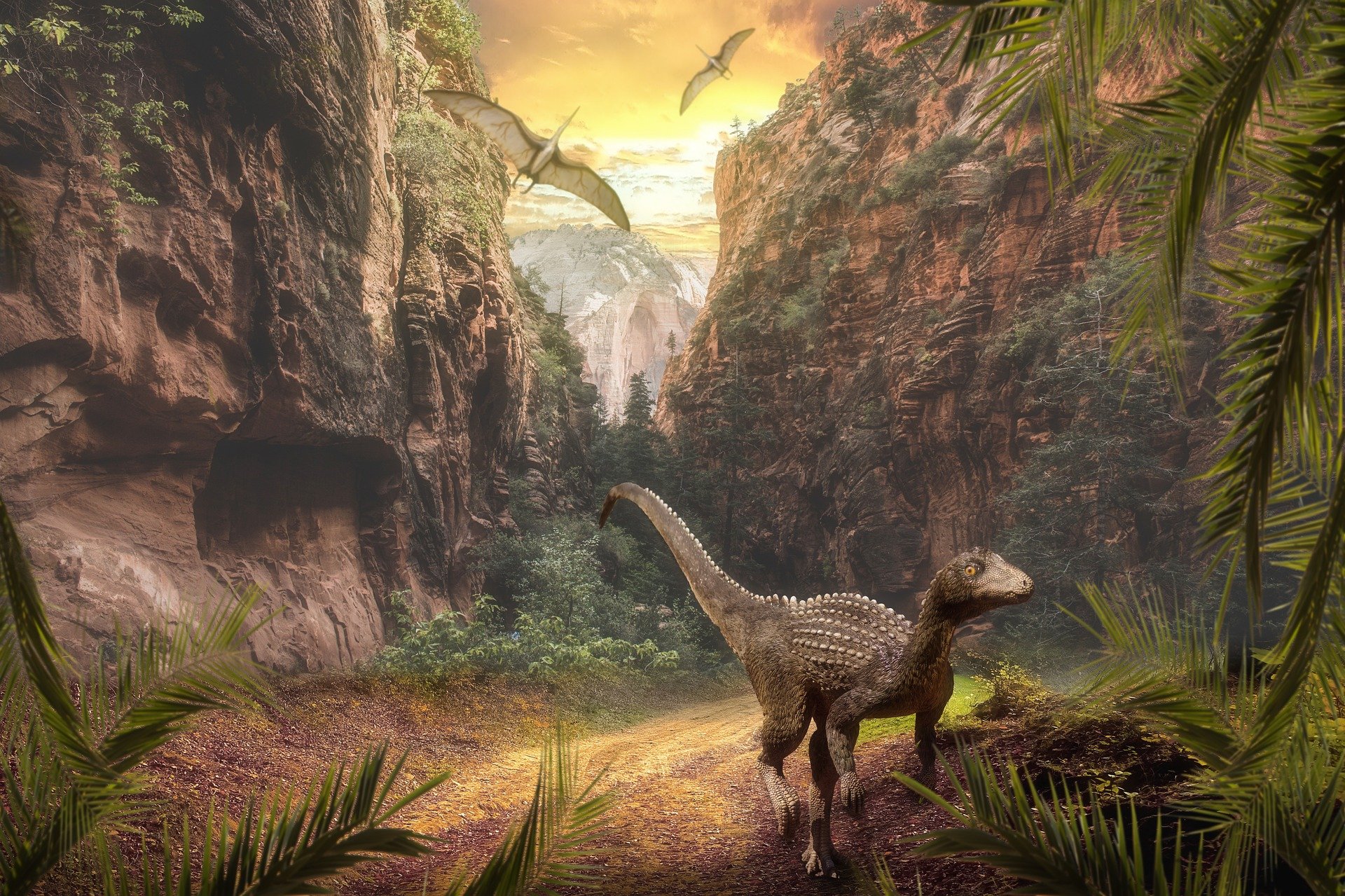 Evolution versus creationism, or Darwinism versus Intelligent Design, is not a scientific debate (that debate has long been settled) -- it is a philosophical one.

As the evolution debate starts to stir once again, you might be wondering why a scientific question is of such concern to politicians, journalists, and religious leaders. The reason is that evolution versus creationism, or Darwinism versus Intelligent Design, is not a scientific debate (that debate has long been settled) — it is a philosophical one.

The division between the defenders and opponents of evolution is not rooted in disagreements over biology, but in opposite metaphysics and epistemologies.

A Tech Central Station column [1] brings us a strikingly clear example of this gulf. Rather than attack evolution, the column’s author, Lee Harris, endorses President Bush’s view that “both sides should be properly taught.” In Harris’s view, students need to be aware of the debate between Intelligent Design and evolution. Teachers should expose them to the ID critique of Darwinian evolution.

This is nothing new. It is the same tactics the creationists employed decades ago, when they began demanding “equal time” for the Biblical account of creation. Ayn Rand analyzed this tactic in her final Ford Hall Forum speech, “The Age of Mediocrity.” She said:

[Immanuel] Kant did not seek to subordinate science to religion: he merely sought to establish their epistemological equality. Wishing to save religion (particularly religious morality) from the onslaughts of science, he gave his followers the intellectual ammunition that enabled them to claim that the discoveries of science were no better, no more certain, no more valid than their mystic revelations. That is all he had to do. That is all the ‘creationists’ demand: just equality. The equality of science and religion — i.e., the equality of reason and faith.

It’s a law of economics that bad money will drive out good money. It is a law of man’s survival that reason will not argue, bargain or share the same stage with faith. The severe, disciplined, passionate devotion to the pursuit of knowledge, i.e., of truth, motivating a rational man, has nothing to say to, and cannot cooperate with, the blind whims and fantasies of mystics. Their relationship, necessarily, is either-or. Could you tech people a healthy diet by telling them that food and poison have equal value? Could you preserve the honor of virtuous women by declaring that, morally, they are the equals of prostitutes?

As you read Harris’s argument, keep in mind the connection Rand drew between Kant and the creationists. The link is stronger than you might think. Quoting Harris:

It is obviously absurd to argue that children should be taught both sides of the evolution controversy, if by “taught” you mean something on the order of teaching kids the capitals of the various states or the multiplication tables. When you teach a child that Tallahassee is the capital of Florida, or that 6×6=36, that is the end of the matter.

Both of these statements represent what we call facts, and facts are those things concerning which there is neither controversy nor dispute. Tallahassee is the capital of Florida because everyone accepts it as the capital; and 6×6 makes 36 because no one thinks of arguing about it. Both truths are truths by convention, which is a fancy way of saying that they are truths that we are all prepared to accept without argument.

In that truly unbelievable second paragraph, Harris wipes out the distinction between faith and facts by claiming that a “fact” is whatever people happen not to disagree about. Don’t misunderstand. He’s not saying that we ascertain the facts by group vote (which would be bad enough); he’s saying that group whim determines what is factual.

But Harris is so far only laying the groundwork.

The theory of the round earth is a bit different, because there are some people who continue to believe that the earth is flat. Yet the number of people who subscribe to this view is marginal –there is no substantial electorate that clamors to have flat earth theory taught in public schools. Furthermore, those wonderful pictures of the earth taken from outer space would certainly appear to point in the direction of a round earth, despite the flatness that is the most obvious feature of our immediate vicinity.

What obvious point is missing from the above? That the earth isn’t flat. In fact, that’s a conclusion Harris can’t endorse. Since truth requires “that we are all prepared to accept” an idea “without argument,” even the most obvious fact, such as the curvature of the earth, is relegated to the status of a ‘best guess’.

If you think this is tough to swallow and that no one could take such a viewpoint seriously, you’re mistaken. This viewpoint comes straight from the horses mouth. Immanuel Kant argued that man cannot know reality “as it really is,” only as it “appears to him” given the innate structure of his mind. Kant asserts (baselessly) that this innate structure is common to all men and that the purpose of reason is not to enable us to reach conclusions about reality, but about reality as created by man’s consciousness. Truth, in this view, is subjective: it is socially subjective. A “fact” is whatever men agree is a fact, whether that “fact” be that Richmond is the capital of Virginia, or 6 and 6 is 36.

So is that what Bush’s comments come down to? Were they designed simply to placate a benighted section of the voting population that insists on turning back the clock and disregarding the evidence of modern science? Did Karl Rove put the president up to enunciating the “both sides should be properly taught” principle as a matter of sheer political opportunism?

Perhaps, but before we pass this judgment let us consider another possibility, which is that where there is a political controversy, there can be no scientific certainty. Or, to put the matter another way, so long as men dispute with each other about the answer to a question, that question cannot be considered settled.

The groundwork has been laid. Now the cashing-in.

To the scientist, this thesis may smack of heresy. After all, if I have discovered the truth, and have expressed it in my theory, then surely everyone else should be obligated to accept my ideas and to put away those of their own that are in conflict with it. Yet, oddly enough, the world does not work this way, nor is it immediately obvious that the world should work in this way.

There are those who believe that when someone has expressed his own thesis that it is only fitting that those who disagree with his thesis should be allowed to express their disagreement and objections to it. Indeed, there are some scientists who have even gone so far as to make a point of making the strongest possible case against the very theories that they have taken enormous pains to devise.

The outstanding example of this attitude was Charles Darwin. In his great book, The Origin of Species, he went to enormous trouble to set out all the arguments he could muster against his own theory. And, to his dying day, he continued to be heroically willing to entertain objections to his own carefully thought out position.

Would Darwin have objected to President Bush’s seemingly paradoxical comment that both sides in the evolution debate “should be properly taught”? Well that might depend on whether he was permitted to hear the president’s justification of his position, namely that both sides should be taught “so people can understand what the debate is about,” and the president’s further statement: “You’re asking me whether or not people ought to be exposed to different ideas, and the answer is ‘yes.'”

With those conditions, the answer, I am confident, is: No, Darwin would not have objected. Indeed, he would have welcomed such debate. Debate is what he, like all great thinkers, lived for.

On a proper epistemology, an argument has to follow an objective method (logic), and account for all known facts. If someone raises objections to your argument, he has to show either that you failed to follow logic, or you failed to account for some known fact(s). If he can’t do that, the debate is over.

This is why Harris is so desperate to wipe out any concept of “reality independent from consciousness” (properly denoted by the word “fact”). If a debate is not bound by the need to stay in contact with reality by means of continual reference to evidence, it can go on as long as there is disagreement