Intellectuals overcome with envy cannot tolerate the thought that in capitalist society other whom they regard as their intellectual and cultural inferiors, mere businessmen and capitalists, earn so much more and live so much better than they do. 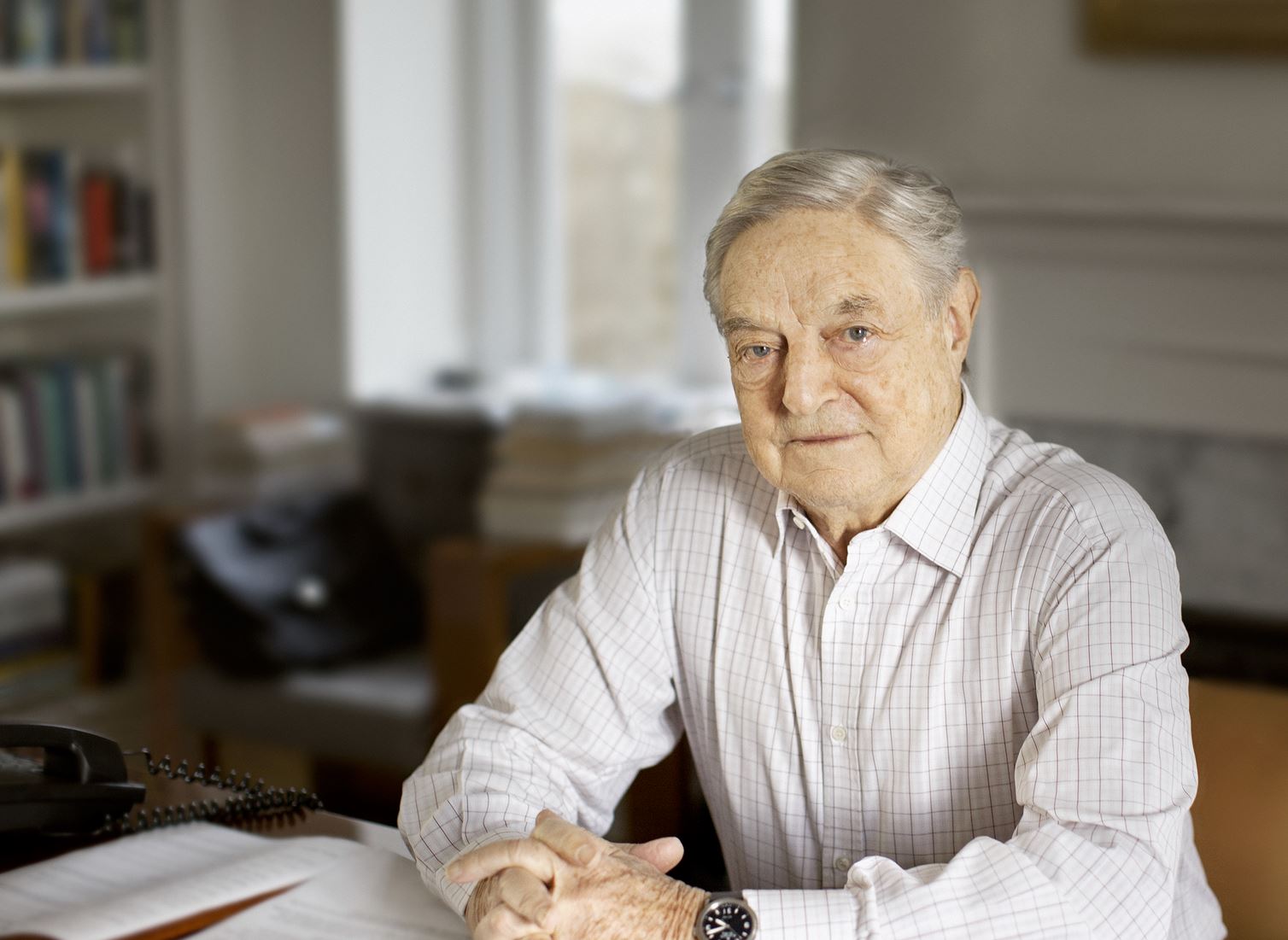 In a front page editorial (Sunday June 5), thinly disguised as its lead news story, The New York Times has unknowingly provided a case study in envy and ignorance.

The “article” is titled “Richest Are Leaving Even the Rich Far Behind,” subtitled “Tax Laws Help to Widen Gap at Very Top.” It breathlessly informs readers that “The people at the top of America’s money pyramid have so prospered in recent years that they . . . have even left behind people making hundreds of thousands of dollars a year.”

It goes on to bemoan the increase in incomes of the top one-tenth of one percent of tax payers: “The share of the nation’s income earned by those in this uppermost category has more than doubled since 1980, to 7.4 percent in 2002. The share of income earned by the rest of the top 10 percent rose far less, and the share earned by the bottom 90 percent fell.” In lecture-like fashion, it then instructs its readers to “Next, examine the net worth of American households,” a statement which introduces more fuel for envy.

The continuation of the piece on page 17, provides almost a half page of graphics, a main purpose of which is to reinforce its claim that “[u]nder the Bush tax cuts, the 400 taxpayers with the highest incomes—a minimum of $87 million in 2000, the last year for which the government will release such data—now pay income, Medicare and Social Security taxes amounting to virtually the same percentage of their incomes as people making $50,000 to $75,000. Those earning more than $10 million a year now pay a lesser share of their income in these taxes than those making $100,000 to $200,000.”

In fact, of course, there is nothing at all surprising in these percentages. This is because the Social Security tax rate, which has been 15.3 percent on income from self-employment ceases to apply on incomes above a certain maximum, which is currently $90,000 per year and was somewhat less in the years to which the “article” refers.1 What accounts for people in the upper brackets paying comparable percentages of their income overall in federal taxes, despite most of their incomes being exempt from the Social Security tax, is the far higher rates of ordinary federal income tax that apply to them, even after all possible legal deductions and “loopholes.”

The Times is upset because under the Bush tax cuts, in the year 2015 the top one-tenth of one percent of taxpayers is forecast to pay only 10.8 percent of all federal taxes. As part of its effort to create the impression that the rich are gaining at the expense of the poor, the Times chooses to ignore the further implication of its own data that in 2015 the share of taxes paid by the bottom 80 percent of taxpayers is actually forecast to decline slightly, to 29 percent. It simply cannot bear that the very rich might actually become richer still.

This article is the most recent in a clearly Marxist inspired series of at least ten articles all under the heading “Class Matters.” Its envious spirit is well expressed in the title of one of the books its author appears to have consulted in preparation for writing it, namely, The Winner-Take-All Society: Why the Few at the Top Get So Much More Than the Rest of Us.2

The Times says of its series: “A team of reporters spent more than a year exploring ways that class—defined as a combination of income, education, wealth and occupation—influences destiny in a society that likes to think of itself as a land of unbounded opportunity (p. 16).” It should go without saying that, apart from the service it renders in the Marxian exploitation theory, the only thing that can make “class” matter is if class membership rather than individual merit were the basis for explaining economic success or failure. Thus no one should be surprised if what the Times tries to teach him with its series is that it is illusory to think of the United States (and more broadly the capitalist economic system) as a land of opportunity.

The specific alleged article in question turns for support to George Soros, Ted Turner, and Warren Buffet, three extremely wealthy individuals who are nonetheless apparently willing to denounce great wealth on occasion. Even Alan Greenspan is quoted as speaking against “the increasing concentration of incomes.”3 Such references are intended to make the article’s editorial message seem irresistible.

The article, and the wider series of which it is a part, may very well seem persuasive to most of  its readers. It may very well serve in the obvious political agenda of the Times, incessantly pursued in its alleged news columns, to bring about the defeat of any political candidate daring to favor lower taxes on the hated rich, or practically any reduction in government interference in the economic system whatever. But this is only because of the incredible economic ignorance of the Times and most of its readership.

As a leading illustration of this ignorance, one should consider the fact that the official Times’ bibliography for the series contains seventeen titles. Not one of them is by Ludwig von Mises, or any other member of the Austrian school of economics, or by anyone recognizable as possessing even the faintest glimmer of serious knowledge of economics. Yet to the Times and most of its readers the list appears authoritative and no objection of any kind registers to undertaking a series on economic inequality in total ignorance of the actual economic significance of economic inequality.

Let us consider that significance. The extremely high incomes to which the Times objects are overwhelmingly saved and invested. In this way, they bring about large-scale capital accumulation. Capital is the foundation both of the demand for labor and the supply of consumers’ goods. Its continuous accumulation is the foundation of high and rising real wages and a high and rising standard of living for everyone.

The high incomes themselves, apart from cases of government subsidies and grants of one or another form of monopoly privilege, such as tariff protection, are earned on a foundation of positive productive contribution, typically as high rates of return on capital invested. As such, their foundation is innovation in the form of the introduction of new and improved products and methods of production and successful anticipation of changes in the pattern of consumer demand. (These last are themselves largely the result of new products and methods of production appearing elsewhere in the economic system.) High rates of return attract competition, which brings them down. To continue earning them, fresh innovation is required.

Thus, contrary to the beliefs of The New York Times and its “reporters,” great business fortunes are in fact the result of repeated productive innovation and serve to bring those innovations and much more to the great mass of the public. Great wealth invested in business signifies precisely a great demand for labor and a great supply of consumers’ goods. It does not signify the heaping up of a massive supply of food, or other consumers’ goods, on the plates of fat capitalists who gorge themselves while the masses starve. But that is how the ignorant writers and editorialists of The New York Times and the whole “liberal” “intellectual” establishment see matters.

One can be grateful that there are at least some politicians who have achieved some measure of understanding that cutting taxes on the rich is in fact the way to achieve prosperity for all. What these politicians, such as the current President, and, before him, President Reagan, unfortunately have failed to understand is that the benefit of such tax reductions is largely nullified by the failure to reduce government spending to the same extent.

Let no one think even for a moment that my implied criticism of tax cuts without benefit of government spending cuts puts me in any way in the camp of those whom I  criticize. To the contrary,  it actually greatly widens the gulf between us. This is because the spending reductions that are necessary are precisely in the massive entitlement programs that presently consume so much of the government’s budget and which are so beloved of the Times and all of its ilk.

In addition to government budget deficits, whether financed by borrowing from the public or by the creation of new and additional money, what also works to undermine the positive effects of any pro-capital accumulation, pro-business policies the government might enact is the imposition of ever more government intervention. The Times and the rest of the left repeatedly encourage the government to impose such vague and amorphous criteria as “environmental impact” and “product safety” with absolutely no consideration of the economic impact of such measures.

Hundreds of billions, trillions, of dollars of costs are imposed in this way in the mindless expectation that the only effect will be to achieve a better “environment” or greater “safety,” at no cost to anyone, except possibly the hated corporations and the rich, who do not matter in any case. But then, surprise, surprise, since the rise in costs must be met in some way and cannot come out of the rate of profit to any great extent, the standard of living of the average wage earner fails to rise or actually declines. No one sees that what is responsible is the diversion of immense sums from what would have been higher wages into paying for the costs of the government’s intervention.

The average person does not see these things because he has not been taught to do so by the intellectuals. The intellectuals do not see them because they are overcome with envy. They cannot tolerate the thought that in a capitalist society others whom they regard as their intellectual and cultural inferiors, mere businessmen and capitalists, earn so much more and live so much better than they do. This is what explains the willful blindness and dishonesty of the Times’  “article,” its series on “class,” and of so much of what appears on its pages every day.

1. The Medicare portion of the Social Security tax, which is 2.9 percent, applies to all income.

2. This title is listed in the official Times bibliography for the series. The bibliography is introduced with these words: “Following is a selection of books that were consulted by reporters and editors working on this series.”

3. In fairness to Greenspan, it must be said that his remarks actually appear to apply to inequalities in wage rates between skilled and unskilled workers, rather than to very high incomes. (See “As Income Gap Widens, Uncertainty Spreads,” Washingtonpost.com, Sept. 20, 2004.) Nevertheless, even if that is so, it represents a major concession to egalitarianism.