Failing to endorse Taiwan's legitimate claim to independence means consigning its people to the predations of a totalitarian regime. 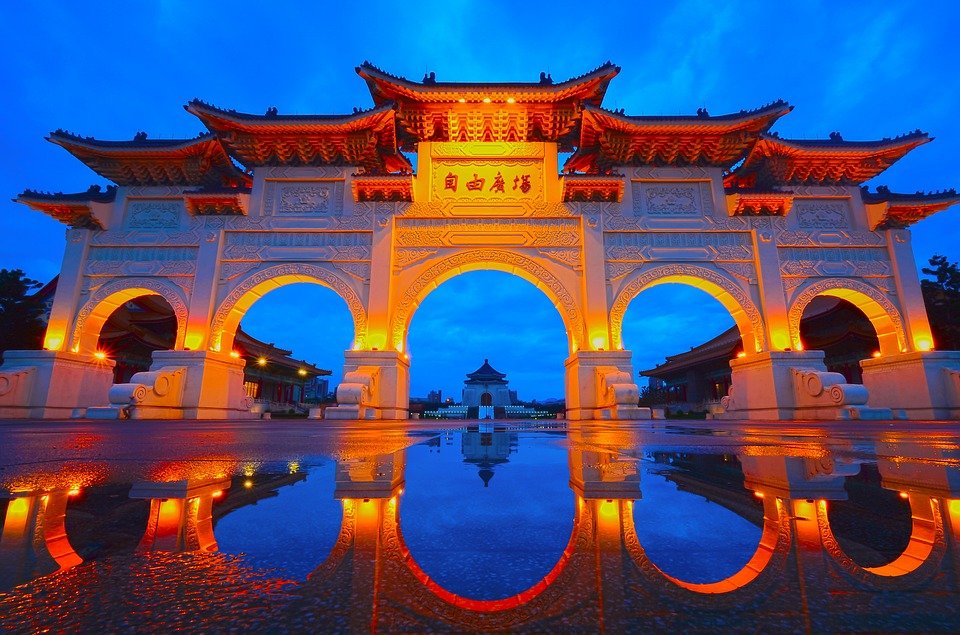 People striving to create free societies properly deserve the moral support of anyone who loves freedom. So it is dismaying that, despite President Bush’s rhetoric about freedom, the United States shuns one brave group of people attempting to escape the clutches of a mighty totalitarian regime–but endorses another group seeking to establish a tyranny.

These two groups–the Taiwanese and the Palestinians–both assert that they are entitled to a sovereign state. Observe that the United States did not laud the huge March 26 rally in Taipei protesting China’s aggression and upholding Taiwan’s independence. But President Bush frequently affirms his support for a sovereign Palestinian state, a sentiment echoed by other world leaders who lately pledged $1.2 billion in foreign aid to the Palestinian Authority. The U.S. contribution to these “freedom fighters” this year is a hefty $200 million. Taiwan, bereft of diplomatic recognition in Washington and other capitals, is decidedly unwelcome at the United Nations, an organization which once invited former Palestinian leader, arch-terrorist Yasser Arafat, to address its General Assembly.

To appreciate the magnitude of the injustice in how the Taiwanese and Palestinians are treated, consider their respective claims to sovereignty.

Palestinian leaders assert that their people would be better off in an ethnic homeland with a sovereign Palestinian government. They demand “liberation” from Israel’s supposed yoke, but their claim is belied by reality. Arabs living under Israeli rule have long enjoyed political rights and a standard of living unmatched by any other Middle Eastern country. For example, Arab citizens can freely air their views without fear of retribution; they can serve as members of parliament; they can seek legal redress under a rule-of-law judicial system.

What is the alternative for which Palestinian leaders are clamoring? It is obvious if you look at the Palestinian Authority, the provisional governing body in the West Bank and Gaza Strip. This tyrannical regime has become notorious for systematically trampling its subjects’ rights. Critics of the Palestinian leadership have been brutally silenced, their printing presses burned and broadcasting facilities shut down. There is nothing approaching an objective judiciary: arbitrary arrests and imprisonments are rampant. While many prisoners rot in jail without ever being charged, terrorists are quickly set free or allowed to “escape.” The several competing Palestinian “security forces” are known to confiscate property and murder anyone who stands in their way. What has kept the Palestinians afloat economically is billions of dollars in foreign aid–the most aid per capita for any “people” in the world–money that has helped fund anti-Western terrorist groups.

There is no right to establish (or expand) a tyranny. Sovereignty will not transform the Palestinian regime into a thriving free society, but perpetuate the regime’s hostility to human life. Only those who seek to escape political oppression and create a free state are entitled to invoke a moral right to statehood. That precisely describes Taiwan’s struggle.

Threatening war if Taiwan declares independence, Beijing regards the island as belonging to China and insists on “reunification.” But Taiwan is justified in seeking to preserve its hard-won freedoms from China’s encroachment. Over the last thirty years, the island nation has gradually established a government that protects the rights of individuals. By 1987, more than a decade after the death of its longtime authoritarian ruler, Chiang Kai-shek, martial law was lifted; political dissidents who had been jailed by the government were released; and, two years later, opposition parties were legalized. Today Taiwan is a powerful economic dynamo whose people are free to express their views, to start businesses and keep their wealth, to seek legal redress in the courts, to elect their political leaders.

What would “reunification” with China mean? In the twenty years since government forces slaughtered pro-freedom demonstrators in Tiananmen Square, China has opened itself up to some international commerce–but it remains a dictatorship. Iron-fisted censorship now extends beyond the print and broadcast media to the Internet; those who petition the government for legal redress risk being arrested on ominously vague charges of “disturbing the social order”; “political criminals” are persecuted, imprisoned, and killed. Were it governed by Beijing, Taiwan would see its political freedoms corroded.

Failing to endorse Taiwan’s legitimate claim to independence means consigning its people to the predations of a totalitarian regime. Endorsing the Palestinians’ baseless demand to a state means condemning its subjects to the living hell of tyranny.

If we truly want to see the spread of freedom around the world, we must reverse the contemptible injustice of supporting Palestinian thugs while withholding our moral support from Taiwan.