Economics for the Citizen (Part 10)

A discussion of a few popular sentiments that have high emotional worth but make little economic sense.

In 10 short articles, there’s no way to even scratch the surface of economic knowledge. I’ll simply end the series with a discussion of a few popular sentiments that have high emotional worth but make little economic sense. I use some of these sentiments as a teaching device in my undergraduate classes.

Here’s one that has considerable popular appeal: “It’s wrong to profit from the misfortune of others.” I ask my students whether they’d support a law against doing so. But I caution them with some examples. An orthopedist profits from your misfortune of having broken your leg skiing. When there’s news of a pending ice storm, I doubt whether it saddens the hearts of those in the collision repair business. I also tell my students that I profit from their misfortune — their ignorance of economic theory.

The long and short of it is that the conversation never went over well, and we both ceased discussions of reasonable or unreasonable prices. The point is that whatever price a transaction is transacted at represents a meeting of the mind of both buyer and seller. Both viewed themselves as being better off than the next alternative — not making the transaction. That’s not to say that the seller wouldn’t have found a higher price more pleasing or the buyer wouldn’t have been pleased with a lower price.

How about your parents’ admonition that “Whatever’s worth doing is worth doing as well as possible”? That’s not a wise admonition. I tell my students, often to their amazement, that it might not be worth it to try to get the best grade possible in economics. Let’s look at it. Say they have biology, physics, English and economics classes. They work their butts off in economics, earning an A, but spending so much time studying economics takes time away from other classes, and they wind up earning an F in biology, a C in physics and a D in English. That makes for a semester grade point average of 1.75. They’d be better off, in terms of grade point average, if they spent less time studying economics, maybe earning a C, and allocating more time to biology and English and thereby earning a C grade in all their subjects. They’d have a higher grade point average (2.0) and wouldn’t be on academic probation.

Another example: You ask your wife to have the house as neat and clean as possible when you return from work. You return, and the house is immaculate. You compliment her, saying, “That’s a great job, honey. What’s for dinner, and where are the kids?” She responds, “I don’t know where the kids are, and there’s no dinner prepared, but the house is immaculate.” Just as getting the best economics grade possible is non-optimal, so is doing the best job possible cleaning the house.

Then, there’s “You can never be too safe.” Yes, you can. How many of us bother to inspect the hydraulic brake lines in our cars before we start the engine and head off to work? Doing so would be safer than simply assuming that the lines were intact and driving off. After all, prior to launching a space vehicle, the people at NASA make no similar assumptions. They go through a countdown of all systems, taking nothing for granted. Erring on the side of over-caution is costly, and so is erring on the side of under-caution, though for a given choice, one might be costlier than the other. 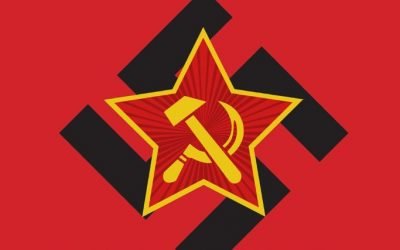