Education and Capitalism: How Overcoming Our Fear of Markets and Economics Can Improve America’s Schools

Just a few years back, the stock market was soaring, jobs (with signing bonuses) were plentiful and free market capitalism was riding a wave of popularity that hadn’t been seen since the Jazz Age. With innovation and 401(k) plans booming, sustained prosperity for all Americans seemed just within our reach.

Yet when the bubble burst and crooked CEOS replaced hot IPOS on the cover of most newspaper’s business sections, a palpable shift occurred. Face it— capitalism gets a bad rap these days. Executives are seen as greedy shysters that would do anything to make a buck. Companies are perceived as amoral exploiters of the poor and polluters of the environment. Neither, so suggests popular consensus, can be trusted.

And it’s that recent history that makes Education and Capitalism: How Overcoming Our Fear of Markets and Economics Can Improve America’s Schools such a bold and brazen book. In it, authors Herbert J. Walberg and Joseph L. Bast present a compelling and thoroughly-researched argument for introducing market-based reforms into public schools. The vast majority of children in the US attend public schools, and in a methodic and disciplined fashion, the authors make a comprehensive case why the free market can better educate more students at a lower cost.

The authors begin by describing the horrible condition of public education, which, make no mistake, is a complete mess nationwide. Although government schools maintain a monopoly on public funds, they’ve failed miserably by almost every conceivable benchmark. Less than half of students are proficient in reading, giving us the lowest literacy achievement rate among a survey of 18 developed countries. Our kids rank last in mathematics attainment and second to last in science. Only 75% will even graduate, a statistic that hasn’t budged since early 1970s.

Even more depressing, is that even as results have dropped, the size and cost of the government school bureaucracy has soared. Most people on the payroll, it turns out aren’t even teachers. In fact, our public schools boast the highest ratio of nonteaching personal to teachers in the developed world. In Michigan, notes Walberg and Bast, teachers comprise only 44.5% of the workforce, with most hires pushing papers far from the classroom.

And despite the notion that it’s simple money schools lack, the authors point out how “the United States is well ahead of nearly every other affluent nation in per-pupil spending, and spending has consistently increased faster than either inflation or personal income…”. Money is spent…but wasted, with decisions being made in a disorganized and unaccountable fashion. Long-range leadership is scarce, with school boards, teacher’s unions, politicians and parents all jockeying to protect their usually conflicting interests.

The solution is capitalism, the same incredible force of productive change that bought civilization out of the Dark Ages and propelled this country to the highest standard of living — for rich and poor alike, in all of human history. The authors’ thesis, built on the groundwork laid by University of Chicago’s Milton Friedman, is that just as the free market has created unparalleled innovation in medicine, agriculture and communication, so could it vastly improve education. The ability for parents to choose their schools…and schools to compete for their attendance, would raise standards and lower cost, just as it has in every other area of our lives.

In order to trust capitalism to educate our students, one must first simply trust capitalism. To that end, the authors wisely spend a considerable chunk of the book debunking the misconceptions, misinformation and plain old ignorance that many people, including prominent educators and government officials, still harbor about the free market. Moreover, in the tradition of economist Ludwig von Mises and Philosopher Ayn Rand, they ground their arguments in moral as well as practical terms. Capitalism isn’t simply the most efficient social system ever devised, but the most just as well.

Naysayers suggest that, while capitalism can make everything from cars to computers higher quality and less expensive, education is special. Because it is imbued with important social meaning, there exists an “education exceptionalism” that prevents schools from being treated like more familiar commodities. It’s a claim Walberg and Bast unequivocally refute, pointing out how private Catholic schools are able to educate more students to a higher degree with lower costs, despite their need to focus on the bottom line.

The latter portion of the book is dedicated to examining how market-based reforms to education would actually be implemented, and in the authors words, “Doing it Right.” Although total privatization, charter schools, tuition tax credits and home schooling are all considered, school vouchers are presented as the best option for immediate change. Under a voucher system, education dollars are directed to parents, not government bureaucrats. The net result is competition, choice, better test scores and lower costs. Everybody, rich and poor alike, would benefit.

It’s no surprise that the biggest opponents to free-market capitalism are those currently entrenched in its large and unaccountable bosom. Yet the intellectuals, teacher’s unions and politicians who will decry Education and Capitalism are exactly those who should read it. It’s their fear and ignorance about free markets that have kept the schools in decline for far too long. 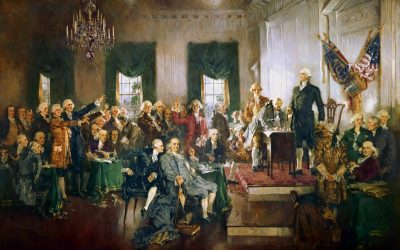 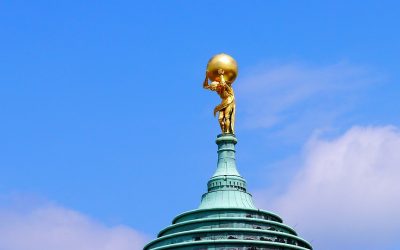