The New Yorker on Michael Moore

There is so much that is overpoweringly vile about Larissa MacFarquhar’s portrait of Michael Moore in the this week’s New Yorker, that it is hard to know where to begin. Start with the multiple layers of radical chic phoniness entailed in the New Yorker celebrating for its wealthy Manhattanite readers this rust-belt working-class hero who […]

There is so much that is overpoweringly vile about Larissa MacFarquhar’s portrait of Michael Moore in the this week’s New Yorker, that it is hard to know where to begin. Start with the multiple layers of radical chic phoniness entailed in the New Yorker celebrating for its wealthy Manhattanite readers this rust-belt working-class hero who is, himself, actually a wealthy Manhattanite (at least Leonard Bernstein feted genuine Black Panthers). Then consider MacFarquhar’s tone of fawning admiration for Moore, seen in some laughably exaggerated statements made with a straight — no, a reverent — face.

Never mind that MacFarquhar reports that Moore’s movies haven’t done well with working-class audiences, and that his television shows have been cancelled after short runs. She dutifully and uncritically reports Moore’s claim that working-class people “thump him on the back and congratulate him.” Never mind that MacFarquhar reports that Moore funded his first movie with the proceeds of a wrongful termination suit against the leftist rag Mother Jones. She quotes on Moore associate saying, “‘I just hate the way the left is always cannibalizing itself'” and Moore’s ex-wife bragging, “‘Past employee grumblings are somewhat pointless…They exist in a comedy ghetto, one we have pole-vaulted over.'”

The article does not fail to cite Moore’s shortcomings or quote his critics. But these elements are presented in a way that either trivializes them, offers defenses against them, or even turns them into virtues.

The most astonishing case is when MacFarquhar reports on Moore’s flat-out lying to a lecture audience when asked whether three men in uniform were his bodyguards. He asked the audience why they would assume that they were guards:

“‘Because they are black?…One’s my Pilates instructor, one’s my yoga instructor, that’s my sister Anne, she’s my bodyguard.’ …he started talking in a serious tone again. ‘I have somebody traveling with me who’s working on my next movie…So that’s what’s up.'”

Later in the article MacFarquhar reveals that “The three uniformed men traveling with Moore were, of course” — of course! — “security guards — as Moore did not deny when asked later on (though they also function as assistants).” She explains, “his instinctive response was to attack, and then to say something just short of a lie, delivered in the form of a joke.”

For MacFarquhar, any of Moore’s lies can be explained away as humor — no, more than explained away: alchemically transformed from lie, beyond truth, all the way to ‘Art.’ “‘You can’t debate satire,’ Moore says.”Either you get it or you don’t.”

This particular defense of Moore helps MacFarquhar with another necessary bit of alchemy: the transformation of what is, fundamentally, a commonplace celebrity puff-piece into a the kind of highbrow Art Criticism that would deserve publication in the New Yorker. So we are treated to MacFarquhar’s nihilistic theory of comedy — “It takes the point of view that, in the end, we are just bodies, eating, defecating, and copulating, and everything else is pretentious rubbish.”

And then there’s MacFarquars political history of comedy. I’ll bet that until now you didn’t know that after the Vietnam war, “…much explicitly political comedy migrated to the right.” It’s true — and MacFarquhar’s evidence is that “one of the emblematic right-wing humorists of the time, P.J. O’Rourke, appears on one of his book jackets dressed like an investment banker from 1985…” As opposed to all the other emblematic right-wing humorists; there are so many to choose from. Then she reports that “Recently comedy has switched sides again” citing “humorists on the left like Moore (and Molly Ivins, Jon Stewart, David Cross, and Janeane Garofalo).” Bet you didn’t know that syndicated political columnist Molly Ivins has a stand-up act.

This is all further evidence — as if it were needed — that Vanity Fair’s editor Graydon Carter is on the right track: the intersection of leftist politics and popular celebrity is today’s winning combination for selling magazines to the elite. In this same issue of the New Yorker, the Moore article has to compete for the attention of the fashionable with a piece advising Democratic candidates on how to “win the war,” and an expose of the Bush administration’s connections with Halliburton. I have been hopelessly naive to the extent that I have allowed myself to be disappointed that the New Yorker would follow this trend so very slavishly.

FEEL FREE TO SHARE
Don Luskin
Don Luskin is Chief Investment Officer for Trend Macrolytics, an economics research and consulting service providing exclusive market-focused, real-time analysis to the institutional investment community. You can visit the weblog of his forthcoming book ‘The Conspiracy to Keep You Poor and Stupid’ at www.poorandstupid.com. He is also a contributing writer to SmartMoney.com. 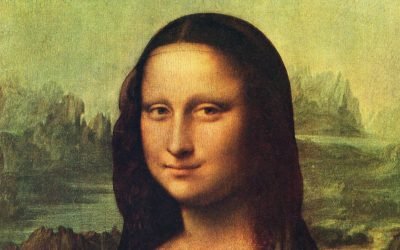 The Meaning of the Invasion of Art Galleries

The meaning was an attack on values as such. As Ayn Rand says in the Romantic Manifesto, art connects to one’s deepest, metaphysical values.