Why Rent Control is Immoral

Rent controls don't work, and its advocates know it.

Rent controls don’t work, and its advocates know it. Rent controls create shortages and decrease the quality of housing. Yet the activists for rent control don’t care that it doesn’t work. They — and much of the public — think that rent controls are “humanitarian.” After all, isn’t the government helping out poor people and keeping them out of the clutches of greedy, gouging landlords? What drives these activists are not issues of practicality but issues of morality. They are possessed by the same moral fervor that still leads leftists to claim that socialism is the best system, despite the collapse of the USSR and all the model socialist economies.

In fact, there is nothing moral about rent controls.

Rent controls violate your rights. They are a gun at your head. As an apartment owner, you have the moral right to decide the price at which you’ll offer a unit for rent. The government has no right to dictate to you what rate you can offer. Of course, it has a legal right to do this; it has a legal right to do whatever it can enact into law and get upheld by the courts. But that doesn’t make it moral. Slavery was legal at one time, but it was never moral. And rent controls are nothing less than enslavement of the property owner.

In a free society, no government (local, state, or federal) has the right to interfere with the choices of people to do business with each other. It should no more tell a landlord what price to offer than it should tell a prospective tenant how much he can spend on rent. Both the landlord and the tenant have the moral right to “just say no” to the other’s offer. That’s freedom.

Government is an institution of physical force: police, courts, army. Government has a monopoly on the use of such force: it’s the only institution legally empowered to enforce its decisions by the threat of taking your money or putting you behind bars. Rent control is the government putting a gun at the head of people trying to make voluntary contracts with each other. That’s why rent controls violate the rights of everyone, not just landlords. It’s never “humane” to prevent people from acting on their own judgments. It’s never “humane” to turn people into slaves to someone else’s desires.

But from their supposedly high moral plane, the advocates of rent control make a lot of serious charges which do require answers:

1. “Only the landlord has a choice, because he controls the apartment that the tenant needs and thus he has the tenant over a barrel.”
ANSWER: The tenant controls the rent that the landlord needs; that’s always what’s involved in a contract: each party has a value the other wants, and they trade their values to mutual advantage. Neither party has a right to the other’s values: landlords have no divine right to a customer or to certain levels of rent (they’re free to lower their offers or invest their money elsewhere), and tenants have no right to demand housing (they’re free to seek alternative housing). Of course, the advocates of rent control recognize the importance of housing (and medicine and food) and thus feel morally justified in forcing people to provide those things to the “needy.” But their position is the exact opposite of the moral position. The more valuable and important the product, the more you should be rewarded — not punished — for supplying it! Need is not a claim.

3. “Rent controls are perfectly legitimate because this is a democracy, and rent controls have been voted in.”
ANSWER: It makes no difference how popular a law is; it can still be a violation of your rights. Just because the majority votes away your property, that doesn’t give them a moral right to do so. If a neighbor sneaks into your house and takes some money out of your wallet to help pay his rent, that’s theft; well, there’s no moral difference if a group of your neighbors get together and vote away your money to help pay their rents; that’s merely “legalized theft.” If majority rule were the only basis for deciding what the government can do, then 51% of the people could legitimately vote to enslave or even kill the other 49%. Hitler was voted into office and had great popular support. All tyrannies are wrong, including tyranny by the majority. The voters don’t own your life or your property.

4. “Landlords are just being selfish by wanting higher rents.”
ANSWER: Why is it okay for tenants to be selfish by wanting lower rents? In fact, there’s nothing wrong with being selfish — rationally selfish. Selfishness means that you live for your own happiness, not that of others. You want the highest rent you can get, and tenants want the best apartment for the least possible rent. Neither party should be altruistic: the landlord shouldn’t say “you can have this apartment for less than you’re willing to spend,” nor should the tenant say “I’ll pay you more than you’re willing to take, just to make you happy.” Being selfish means you don’t sacrifice yourself to others or sacrifice others to yourself. It means that you — and everyone — lives independently, trading value for value.

Property owners should not be apologetic for what they do; they should be proud. They should stand up for their right to control their own property. They should reject the claim — inherited from Marxism — that they are “evil exploiters.” They should not try to appease their opponents by compromising. It doesn’t work; in fact, appeasement of one’s enemies just encourages them. “In any collaboration between two men (or two groups) who hold different basic principles,” wrote Ayn Rand, “it is the more evil or irrational one who wins.” It isn’t possible to compromise with people who want to dictate your life. By agreeing to any of their demands, you concede their right to your property and give them a complete victory.

Even the Russians seem to be discovering that an economy run by dictatorial decrees (a “command” economy) destroys freedom. Isn’t it about time that our own politicians and tenants learn the same lesson? 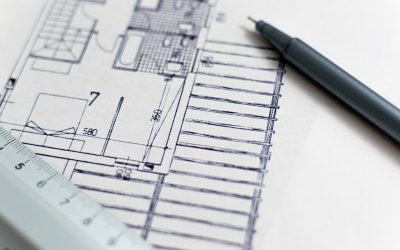 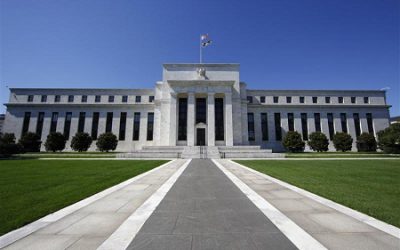