The McWilliams Special, Part 1 of 3

It belongs to the Stories That Never Were Told, this of the McWilliams Special. But it happened years ago, and for that matter McWilliams is dead. It wasn’t grief that killed him, either; though at one time his grief came uncommonly near killing us. It is an odd sort of a yarn, too; because one […]

It belongs to the Stories That Never Were Told, this of the McWilliams Special. But it happened years ago, and for that matter McWilliams is dead. It wasn’t grief that killed him, either; though at one time his grief came uncommonly near killing us.

How, for instance, the mysterious car was ever started from Chicago on such a delirious schedule, how many men in the service know that even yet? How, for another instance, Sinclair and Francis took the ratty old car reeling into Denver with the glass shriveled, the paint blistered, the hose burned, and a tire sprung on one of the Five-Nine’s drivers — how many headquarters slaves know that?

In telling this story I would not be misunderstood; ours is not the only line between Chicago and Denver: there are others, I admit it. But there is only one line (all the same) that could have taken the McWilliams Special, as we did, out of Chicago at four in the evening and put it in Denver long before noon the next day. A communication came from a great La Salle Street banker to the president of our road. Next, the second vice-president heard of it; but in this way:

“Why have you turned down Peter McWilliams’s request for a special to Denver this afternoon?” asked the president.

“He wants too much,” came back over the private wire. “We can’t do it.” After satisfying himself on this point the president called up La Salle Street.

“Our folks say, Mr. McWilliams, we simply can’t do it.”

“When will the car be ready?”

“When must it be in Denver?”

The president nearly jumped the wire.

“McWilliams, you’re crazy. What on earth do you mean?”

The talk came back so low that the wires hardly caught it. There were occasional outbursts such as, “situation is extremely critical,” “grave danger,” “acute distress,” “must help me out.”

But none of this would ever have moved the president had not Peter McWilliams been a bigger man than most corporations; and a personal request from Peter, if he stuck for it, could hardly be refused; and for this he most decidedly stuck.

“I tell you it will turn us upside-down,” stormed the president.

“Do you recollect,” asked Peter McWilliams, “when your infernal old pot of a road was busted eight years ago — you were turned inside out then, weren’t you? and hung up to dry, weren’t you?”

The president did recollect; he could not decently help recollecting. And he recollected how, about that same time, Peter McWilliams had one week taken up for him a matter of two millions floating, with a personal check; and carried it eighteen months without security, when money could not be had in Wall Street on government bonds.

Do you — that is, have you heretofore supposed that a railroad belongs to the stockholders? Not so; it belongs to men like Mr. McWilliams, who own it when they need it. At other times they let the stockholders carry it — until they want it again.

“We’ll do what we can, Peter,” replied the president, desperately amiable. “Good-bye.”

I am giving you only an inkling of how it started. Not a word as to how countless orders were issued, and countless schedules were cancelled. Not a paragraph about numberless trains abandoned in toto, and numberless others pulled and hauled and held and annulled. The McWilliams Special in a twinkle tore a great system into great splinters.

It set master-mechanics by the ears and made reckless falsifiers of previously conservative trainmen. It made undying enemies of rival superintendents, and incipient paretics of jolly train-dispatchers. It shivered us from end to end and stem to stern, but it covered 1026 miles of the best steel in the world in rather better than twenty hours and a blaze of glory. My word is out,” said the president in his message to all superintendents, thirty minutes later. “You will get your division schedule in a few moments. Send no reasons for inability to make it; simply deliver the goods. With your time-report, which comes by Ry. M. S., I want the names and records of every member of every train-crew and every engine-crew that haul the McWilliams car.” Then followed particular injunctions of secrecy; above all, the newspapers must not get it. But where newspapers are, secrecy can only be hoped for — never attained. In spite of the most elaborate precautions to preserve Peter McWilliams’s secret — would you believe it? — the evening papers had half a column — practically the whole thing. Of course they had to guess at some of it, but for a newspaper-story it was pretty correct, just the same. They had, to a minute, the time of the start from Chicago, and hinted broadly that the schedule was a hair-raiser; something to make previous very fast records previous very slow records. And — here in a scoop was the secret — the train was to convey a prominent Chicago capitalist to the bedside of his dying son, Philip McWilliams, in Denver. Further, that hourly bulletins were being, wired to the distressed father, and that every effort of science would be put forth to keep the unhappy boy alive until his father could reach Denver on the Special. Lastly, it was hoped by all the evening papers (to fill out the half first column scare) that sunrise would see the anxious parent well on towards the gateway of the Rockies.

Of course the morning papers from the Atlantic to the Pacific had the story repeated — scare-headed, in fact — and the public were laughing at our people’s dogged refusal to confirm the report or to be interviewed at all on the subject. The papers had the story, anyway. What did they care for our efforts to screen a private distress which insisted on so paralyzing a time-card for 1026 miles?

When our own, the West End of the schedule, came over the wires there was a universal, a vociferous, kick. Dispatchers, superintendent of motive-power, train-master, everybody, protested. We were given about seven hours to cover 4oo miles-the fastest percentage, by-the-way, on the whole run.

“This may be grief for young McWilliams, and for his dad,” grumbled the chief dispatcher that evening, as he cribbed the press dispatches going over the wires about the Special, “but the grief is not theirs alone.”

Then he made a protest to Chicago. What the answer was none but himself ever knew. It came personal, and he took it personally; but the manner in which he went to work clearing track and making a card for the McWilliams Special showed better speed than the train itself ever attempted — and he kicked no more.

After all the row, it seems incredible, but they never got ready to leave Chicago till four o’clock; and when the McWilliams Special lit into our train system, it was like dropping a mountain-lion into a bunch of steers.

Freights and extras, local passenger-trains even, were used to being sidetracked; but when it came to laying out the Flyers and (I whisper this) the White Mail, and the Manila express, the oil began to sizzle in the journal-boxes. The freight business, the passenger traffic — the mail-schedules of a whole railway system were actually knocked by the McWilliams Special into a cocked hat.

From the minute it cleared Western Avenue it was the only thing talked of. Divisional headquarters and car tink shanties alike were bursting with excitement. 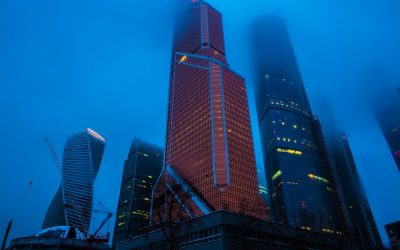