In Pursuit of Reason the Life of Thomas Jefferson by Noble E. Cunningham, Jr.

Forever in pursuit of reason, Jefferson was convinced that the ideas of natural rights and constitutionally limited government would universally prevail, and that human learning and progress would continue unimpeded. Cunningham captures this spirit—a distinctively American spirit— magnificently in this highly recommended biography. 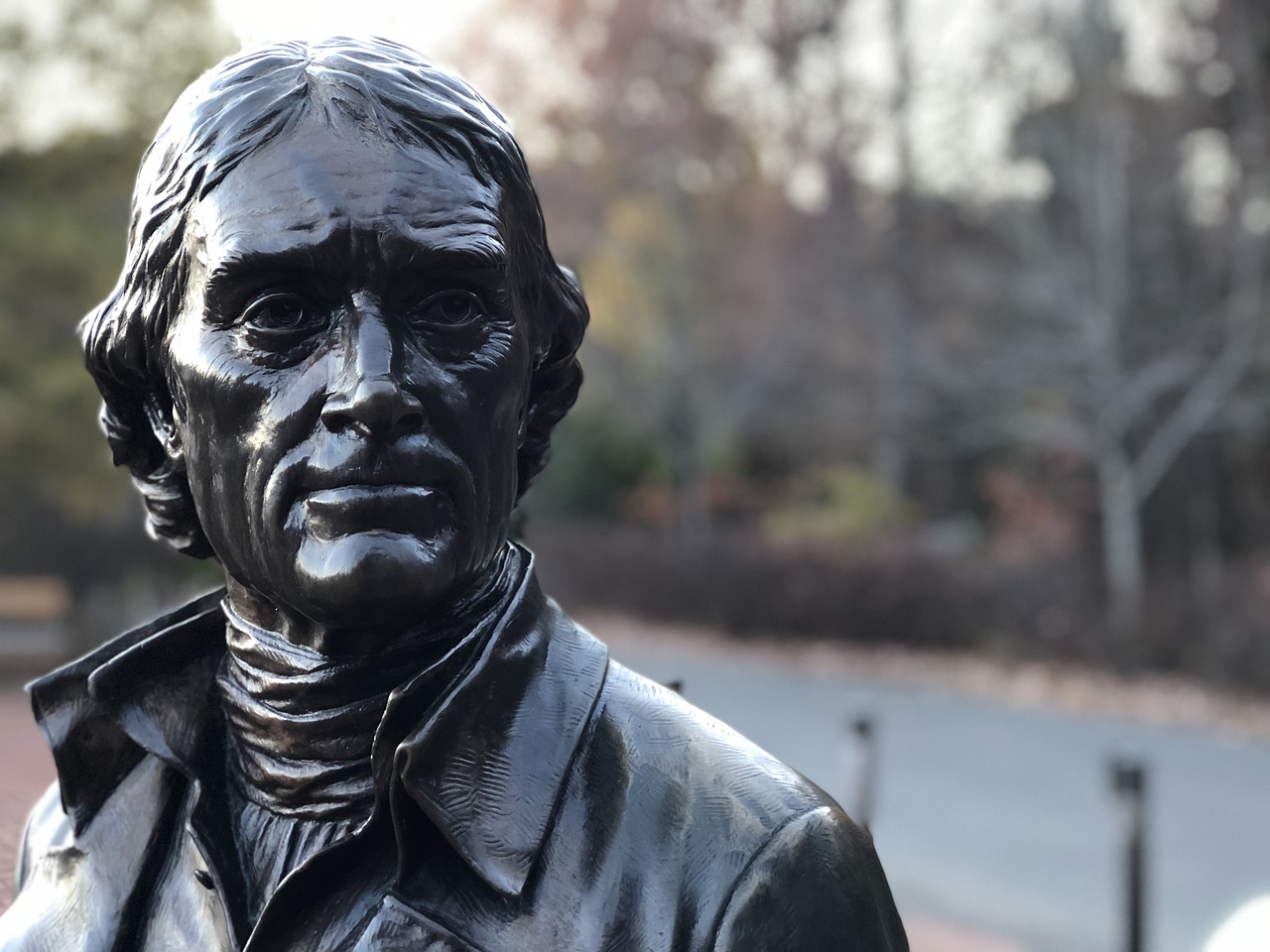 A champion of learning and the intellect, a defender of the natural rights of man, an advocate of limited, republican government? Thomas Jefferson was the pre-eminent figure in the history surrounding America’s birth and its first decades of development. The primary virtue of this book is its thematic approach—an approach by essentials—to the Jefferson story. As indicated in the title, it accurately interprets Jefferson’s life as the embodiment of reason. “Fix reason firmly in her seat” he once wrote, “and call to her tribunal every fact, every opinion. Question with boldness even the existence of a god because, if there be one, he must more approve of the homage of reason than that of blindfolded fear.” In Pursuit of Reason deftly merges the personal and the public Jefferson, revealing a true Renaissance man: part scholar, part architect, part botanist, part statesman, part philosopher.

His outstanding achievement, of course, was the drafting of the Declaration in Independence, which set forth the principle of inalienable rights upon which the new nation was founded, But Jefferson had many other accomplishments of significance. Wherever he applied himself, the benefits of reason followed. As a legislator in his home state, he wrote the Statute of Virginia for Religious Freedom.

As an ambassador, he influenced the French to overthrow feudal monarchism. As Secretary of State, he promoted free trade, opposed entangling alliances, and refused to pay ransom for American hostages. As Vice President he wrote a manual of 24 procedures because “his orderly mind was troubled by the fact that the legislative practices were not more regularized”; the manual is still used today as a fundamental guide to Congressional procedure. As President, he encouraged the Lewis and Clark expedition, negotiated the Louisiana Purchase, pushed for the retirement of the national debt, fought the Alien and Sedition laws and wrote Republican Party platforms. After his Presidency he contributed his entire personal library to start the Library of Congress and founded the University of Virginia.

Forever in pursuit of reason, Jefferson was convinced that the ideas of natural rights and constitutionally limited government would universally prevail, and that human learning and progress would continue unimpeded. Cunningham captures this spirit—a distinctively American spirit— magnificently in this highly recommended biography.

FEEL FREE TO SHARE
Ayn Rand Bookstore
The Ayn Rand Bookstore (formerly Second Renaissance Books) is your source for books and lectures for those interested in Ayn Rand's philosophy of Objectivism.